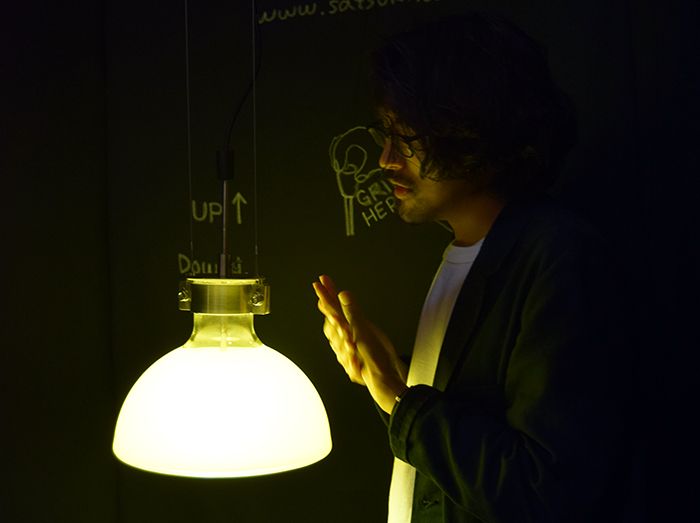 As a design-obsessed geek, I often feel that I don’t interact too much with my pieces of furniture. I’m not just talking about painting them or moving them around in my room.

Imagine how cool it would be if they were able to meet your mood or your needs, playing with you, or console you when you are depressed?

I think this would be the aim for the next generations of designer pieces.

If I got your interest, you’d better check this lamp that I found at the Milan Design Fair this year into the “Salone Satellite”, the pavilion which I think is the most interesting of all, because it’s the one where young designers show their innovative products. 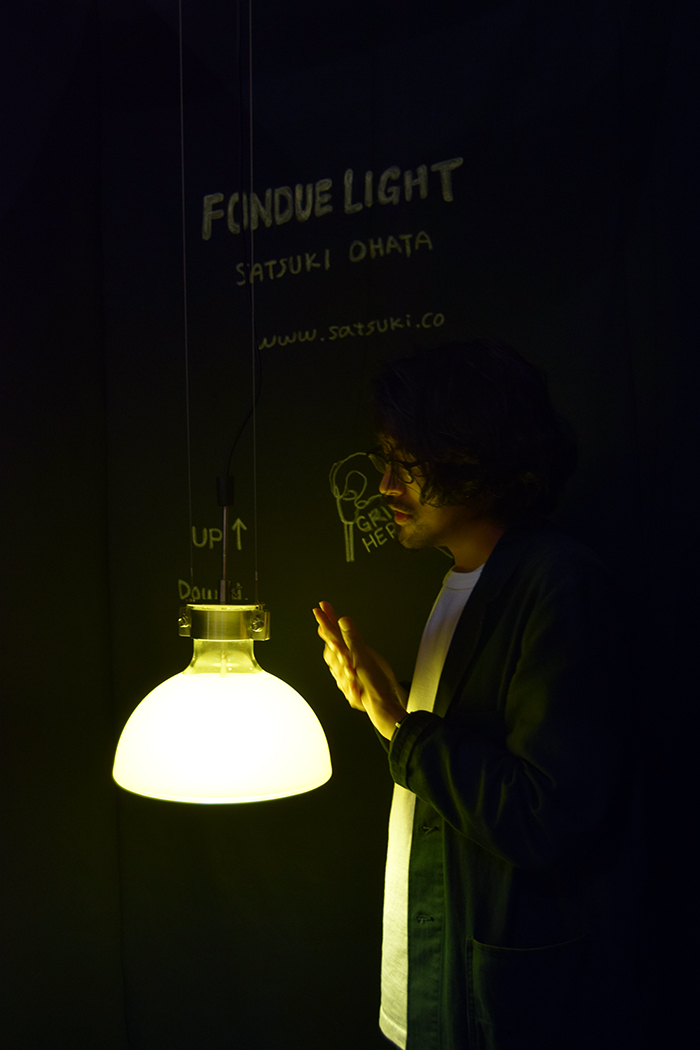 This lamp that I’m going to show you it's called Fondue Light and it's made by Satsuki Ohata, a Japanese designer who is apparently quite obsessed with cheese fondue. So obsessed that he managed to create a product in which the process you use to raise and lower the light source is inspired by cheese fondue. 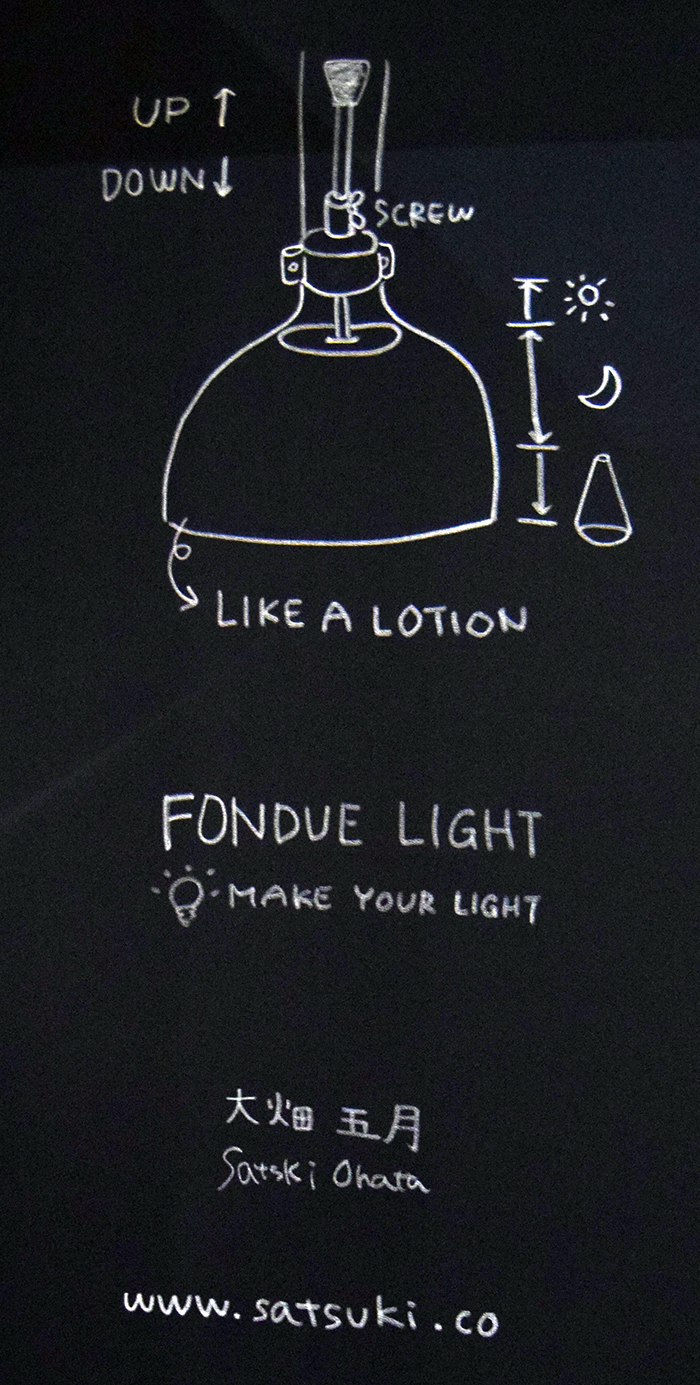 He says: “By raising and lowering the light source like you do with cheese fondue, you can create as many kinds of light as you want, such as the bright light of the sun, soft light of the moon, and a spotlight-like light coming through the clouds, just like a laboratory. It is super easy – just move the bar to wherever you want.” 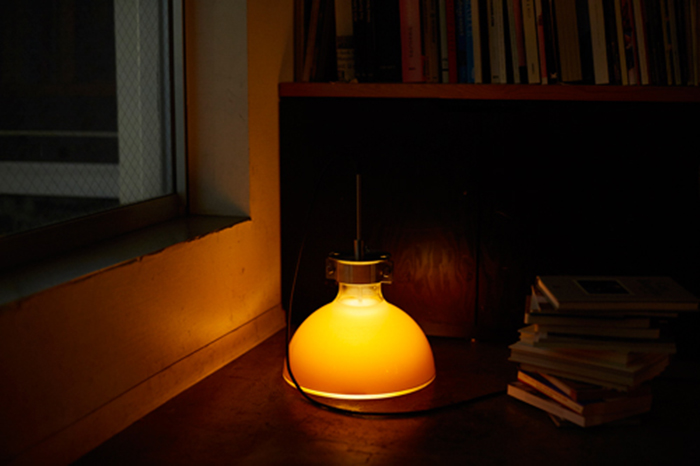 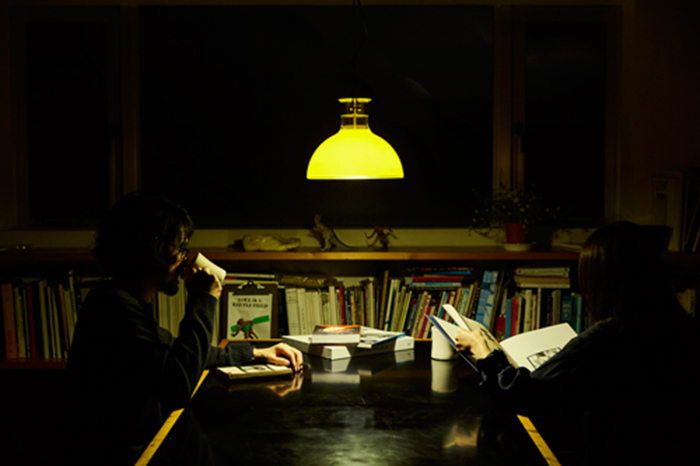 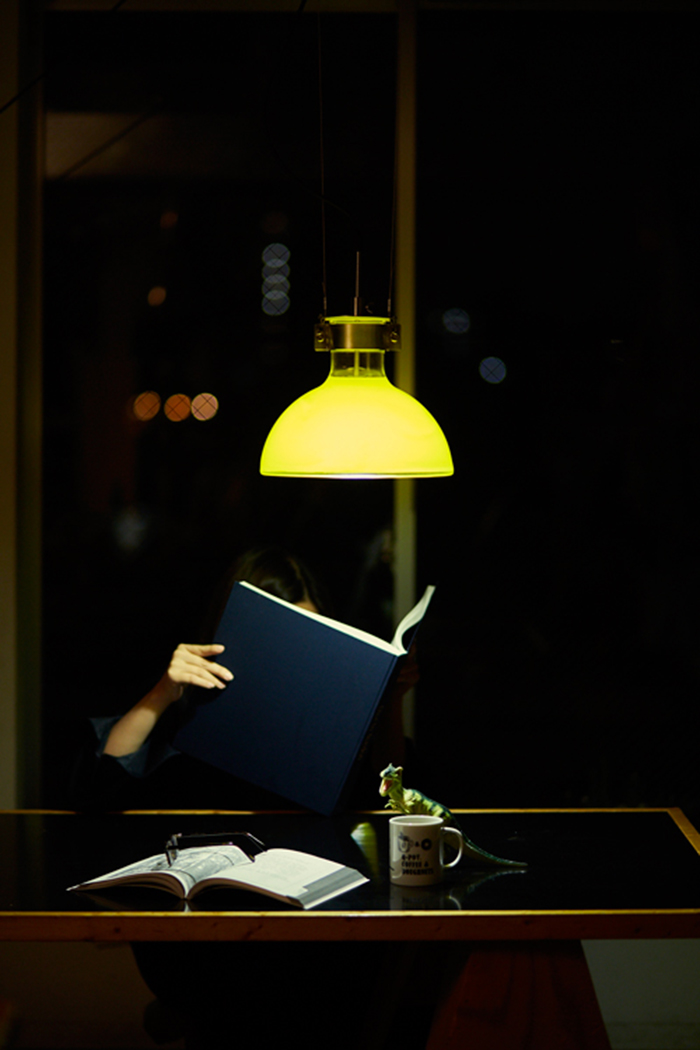 This is his third year in a row showing fondue-cheese inspired objects.

In 2015 he came up with this Fondue Stool made from kitchen sponge completely covered in yellow PVC to create drooping forms reminiscent of melting cheese. 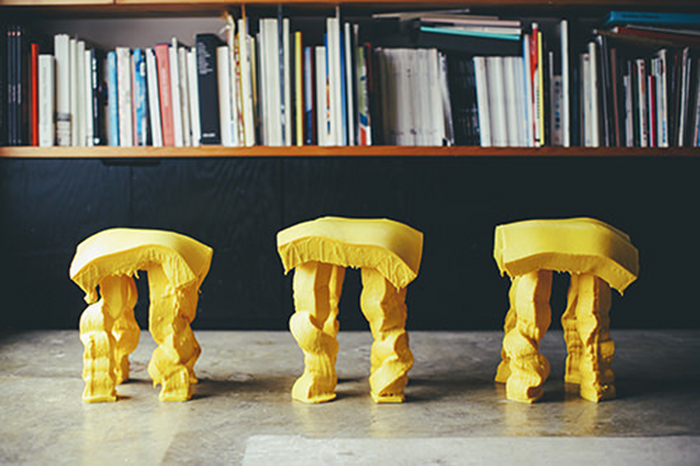 The previous year he had invented Fondue Slippers, shaped to feet like a second skin, using a process similar to dipping food in melted cheese; and giving a user the feeling of walking around barefoot. 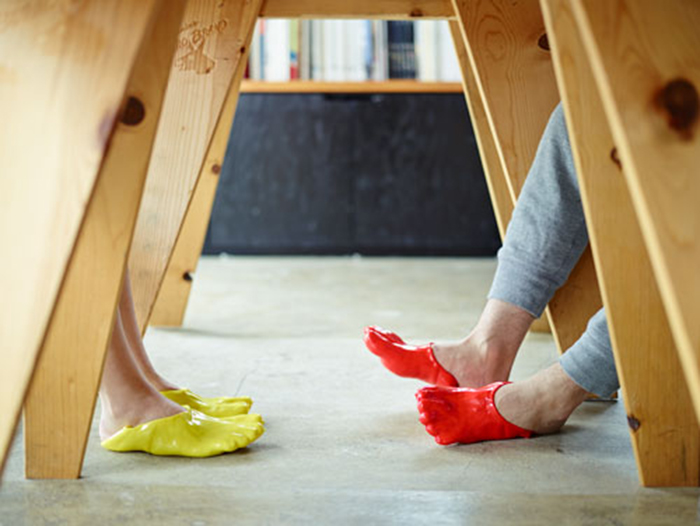 What makes me think that this year the product is more successful is that it really interacts with you. It’s not just inspired by fondue, you actually have to dip the light source into the fluid to get your favourite level of light (plus, it comes in a vivid yellow that I personally love!).

It got a lot of visibility in online magazines and, still during the exhibition, Satsuki’s stand was plenty of curious people who wanted to have a look and try the dipping themselves!

It’s fun and unusual. By changing on demand for your needs, this lamp empowers you. At the same time, due to its flexibility, you feel comfortable and assured.

A couple of years ago, a teacher told me that the future of design would be in objects that are connected to feelings and emotions. The deeper the better.

From this point of view, I actually think that Satsuki, giving voice to his extraordinary fixation with cheese fondue, just nailed that concept!

I am Martina, an Italian designer based in London. I spend most of my time designing interiors or writing about it. I also love travelling. You may find me walking around the East End of London, drinking coffee and stopping at every single bookshop I bump into.

No thoughts on “Fondue Light By Satsuki Ohata”