The best application of prefab and modular construction today 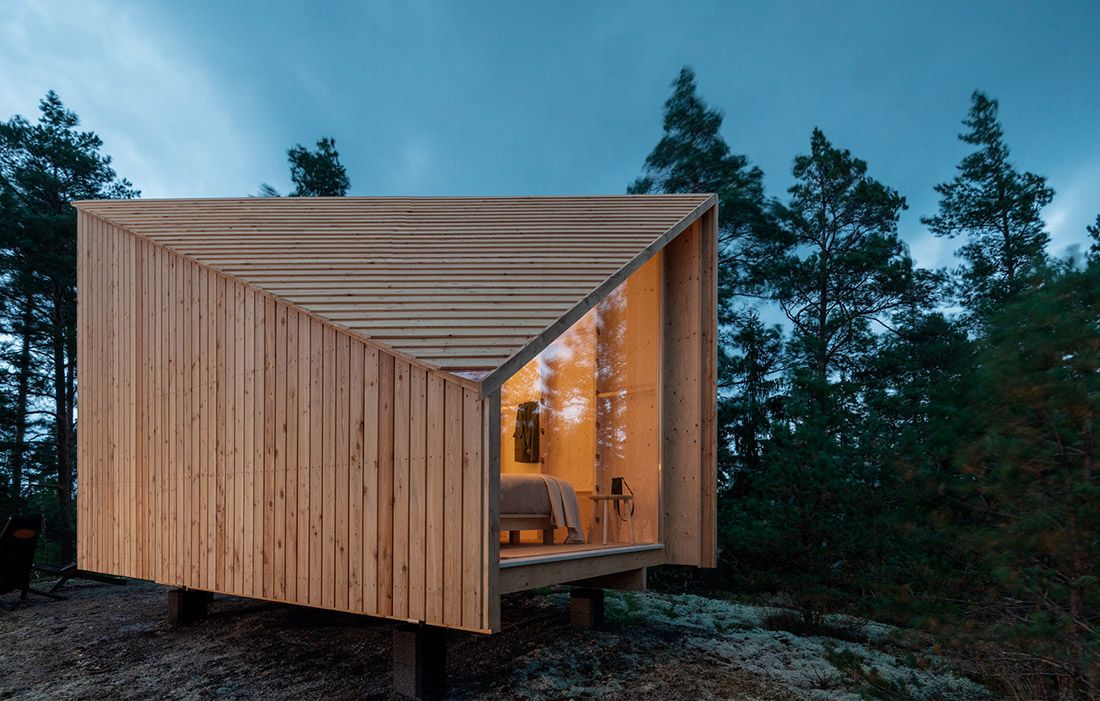 Hello everyone! As I have been paying attention to the development of modular and prefabricated construction, I’ve recently bumped into a series of interesting and relevant projects that involve these approaches. So, I thought I’d look into some of these and the implications of such choice over that of a traditional on-site construction process.

The first is not brand new, as it was announced a while back by Marriot’s brand AC Hotels in partnership with DMD Modular as the manufacturer. The tallest modular hotel in the world. 26 floors, with only the first 5 built on-site and the other 21 composed of 8 prefabricated units each and just lifts and stairs done in the ‘traditional’ way. While the announcement was released back in 2019, the project made it back to the headlines recently. Due to pandemic, in fact, the construction has been delayed up until now, and the project is not complete yet. 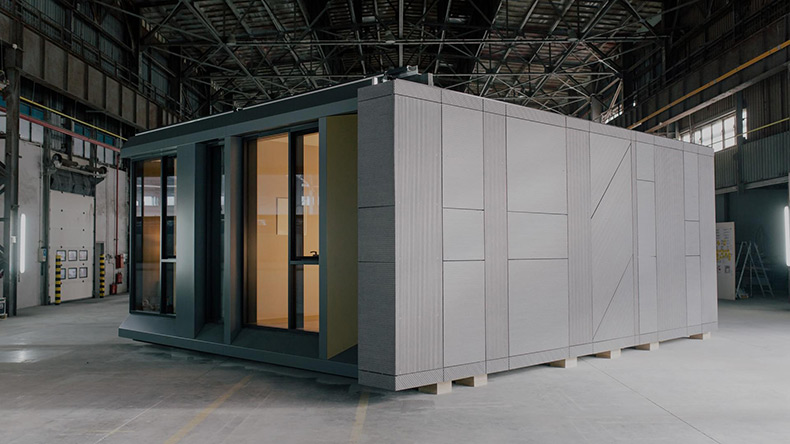 Unfortunately, this takes away one of the main advantages of modular construction which would be delivery speed and could indeed impact a second too which is lower costs. The overall investment for this project was between $70 and $80 million when similar projects can usually go well over $100 million.

However, that’s not all, there are other advantages to this approach. One is quality. While it might seem unexpected, that is actually one big advantage of prefabricated structures and off-site production. With this approach, every module is built within a controlled environment and not subject to the external site changing conditions, seasons, or weather. This in turn ensures a higher standard of production for each module and a higher consistency as well.

As of now, the 4-star hotel is yet to be completed but it represents another important step for modularity that, despite being over 100 years old, has regained a strong momentum and breadth of innovation.

Yō no Ie by Muji

This second project comes from one of the countries, along with the Scandinavian region, that’s at the forefront of this construction development: Japan. 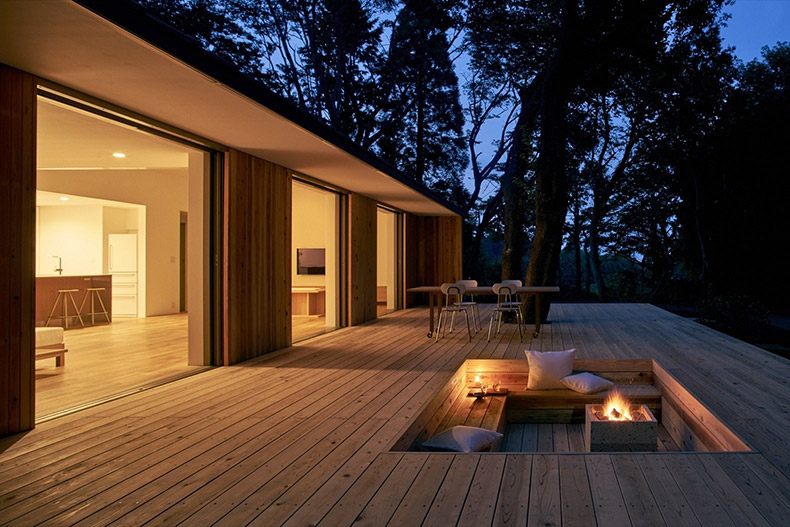 The project is developed by Muji, a brand that you might know from their clothing and home accessories product lines. A while back the company expanded its portfolio realising this residence that would offer an alternative for living in suburban areas.

Along with the reduced costs, this project offers another interesting interpretation of the whole prefabricated construction topic. This time, in fact, the house itself is extremely simple, but that does not mean cheap or poor in quality. It promotes instead a healthier and more modern lifestyle in different ways. First, paying attention to sustainability and biophilia, considered also the setting imagined for this house, everything except for the roof covering is made from timber. Secondly, with the three large windows it becomes natural to establish a more direct contact between indoors and outdoors. Finally, the space has not set divisions, so it can be freely reorganised depending on one’s needs, making it extremely flexible. 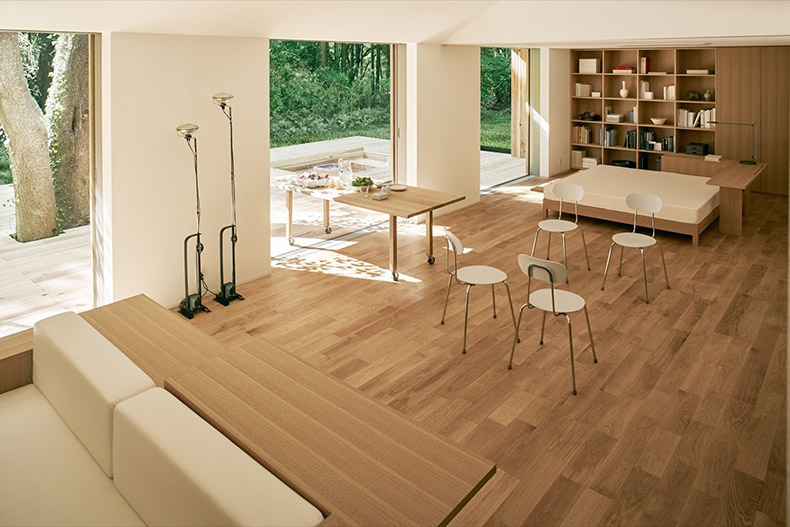 In this case too, this construction, for now, offered only in Japan, has advantages both in terms of time and costs. The 70 plus square metres space is offered for around £120,000.

As expected, the following project is from a Helsinki-based firm called Studio Puisto in collaboration with Finnish manufacturer Protos Demos and the design house Made by Choice.

Space of Mind is their interpretation of a prefabricated modular cabin for you to take time to rest and think (hence the name). Here too, flexibility is key. It is conceived to literally located anywhere, in a backyard, on a rooftop, or even in the woods completely off-grid. And it can also become whatever one needs, whether you intend it as a place to rest, exercise, or do something else. 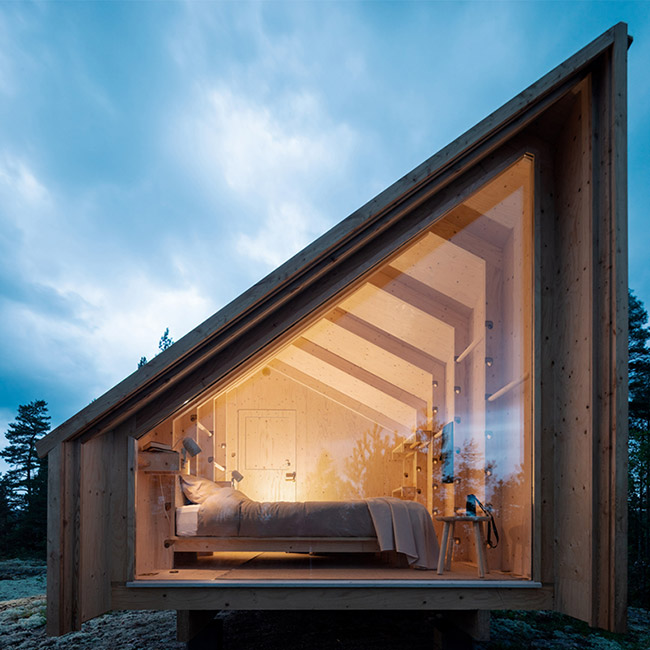 The interior furniture works too with the modular system. The pieces can be attached through rungs to the internal structure offering countless options that can change over time to adapt to the needs of the moment. The space is quite small, at just 10 square metres. But efficiency is another important value as flexibility, so Space of Mind is intended to “express how even a minimal space with only the essentials can offer us the headspace to enjoy what matters most. With less, we can feel more”.

Naturally, sustainability plays an important role too. The timber is sustainably sourced and with its natural thermal insulating characteristics can withstand even the coldest weather.

For this article, I picked modern projects because they are functional for understanding the industry right now and the potential of this sector. Nonetheless, we already had several interesting projects in the past that made use of this technique. One is surely the Habitat 67 in Montreal by architect Moshe Safdie. The project was presented in 1967 for the World’s Fair at the pavilion for Expo 67. 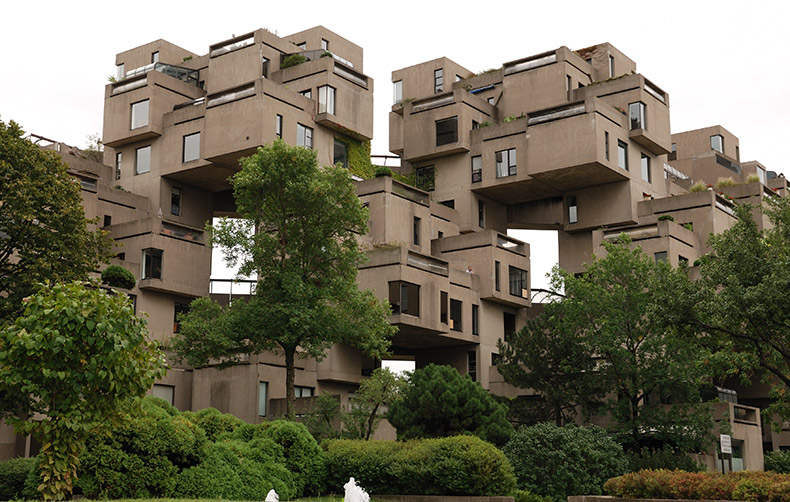 The structure is composed of 354 concrete units stacked together in different positions creating 146 different residences overall. Thanks to the varied arrangement of the modules the apartments are different from one another and can take up to 8 units linked together.

Today Habitat 67 has become an important landmark in the Canadian city. Unfortunately, this meant that due to the high demand, the initial idea to create affordable housing failed and prices for a space here skyrocketed.

Singapore is another place where modular design has gained importance and not just in the private sector. The country has, in fact, several ongoing projects. The government has announced a series of measures for $139 million to promote modular construction through Singapore’s Public Sector Construction Productivity Fund. The stimulus will push the development of prefabricated prefinished volumetric construction, mass engineered timber, structural steel systems, and advanced precast concrete systems.

So, here is my list of interesting projects and facts in the modular and prefabricated construction sector. There are new developments, or concepts popping up almost every day now that new techniques and digital tools allow more freedom, efficiency, and precision in these developments.