The next level e-service (how I designed a bathroom on whatsapp!) 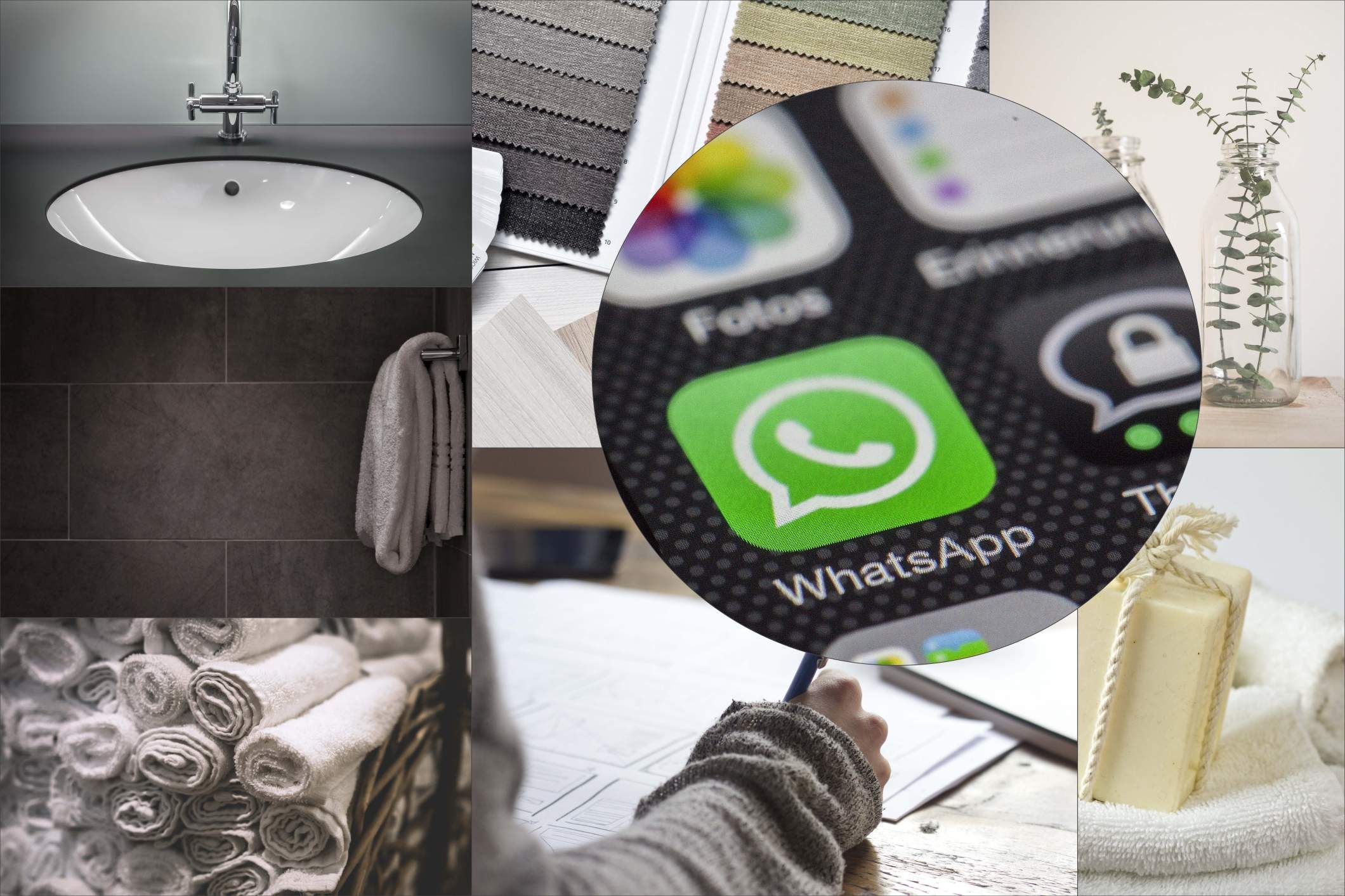 Today I'm going to tell you about me and Lucrezia (Lu) designing a bathroom on Whatsapp!
Yes, you heard me right :)

But first, who's Lu?

Lu is an Italian girl living in Bologna where she is refurbishing her flat. She is a very energetic person with a lot of initiative.

Imagine someone asking for your interior design advice, and telling you: "This is what I had in mind". Then instead of receiving a scribble or a random inspirational picture, you get extremely detailed drawings like this: 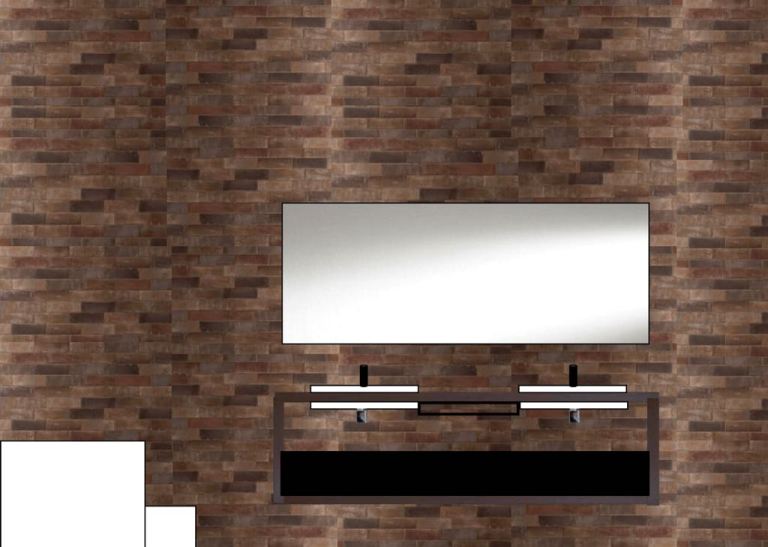 By the way, she is a lawyer with no previous design experience, so I had to ask her how the hell she managed to create those rendered elevations... Believe it or not, they are made in Word: first, she hand-sketched a drawing, and then she put the drawing in Word and added little pictures of the materials. Brilliant, isn't it? 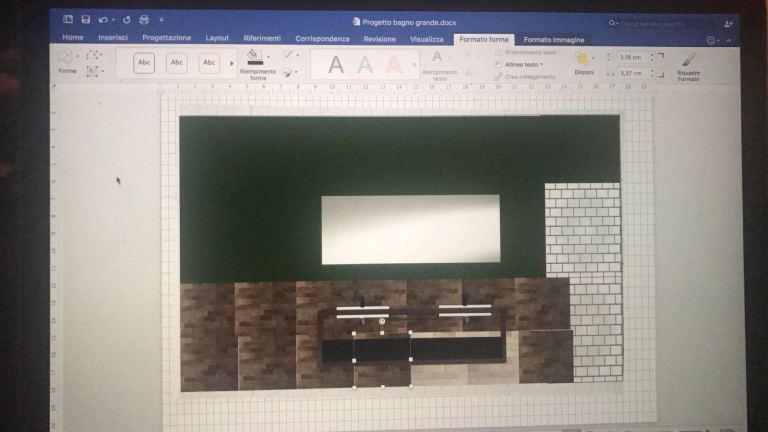 Here it gets even more interesting...

When she asked for my help, Lu was already in contact with the suppliers and had just received the first quotation for the two bathrooms. As it often happens, the price was much higher than she thought and she only had 4 days to choose all the finishes. So she basically sent me an SOS Interior that I was very excited to accept!

She was struggling to save money without compromising the vision she had. Decorating the house is one of the best activities that one could do, but it could get very stressful. You have to spend a lot of money in a short amount of time and the decisions you make may affect your everyday life for years! You really want to get it right!

I was super happy to relieve her of that burden. I decided that there wasn't enough time to do all the drawings that I would usually do (as you can see in the interior design packs that I provide). Instead, I gave her a bespoke quotation for providing my point of view during the decision process in an informal way: Whatsapp messages!

A little step back in time...

The architect had already designed the bathrooms as below: 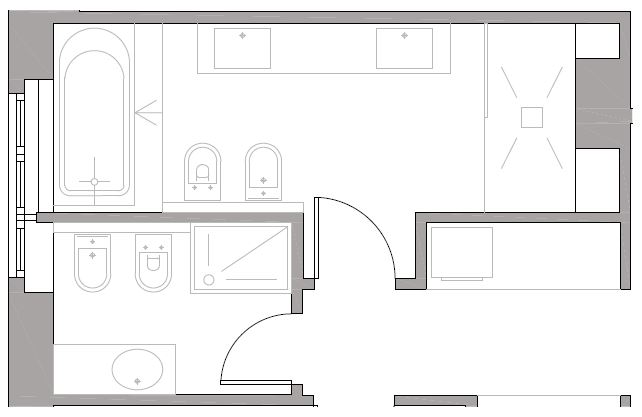 A big one with double sink, bathtub and shower, and a small one. A separate note for our international friends: yes, Italians put the bidet even in small bathrooms and we are proud of it!

As we had to specify the finishes right away, I decided to simplify the concept phase. So I created a Pinterest board where Lu could choose her favourite pics. She declared to be after an industrial style with touches of colour. Despite that, she had already chosen a long rectangular under sink cabinet and suspended sanitary that looked modern and minimal.

I selected pictures that would show both industrial and modern bathrooms to give her an overall view to help during the shopping. I suggested the big bathroom to have modern lines and a touch of industrial finishes, while the small bathroom could be just industrial.

For example, we decided to put two rectangular mirrors above the double sink (cheaper than a unique long one but still nice and modern-looking): 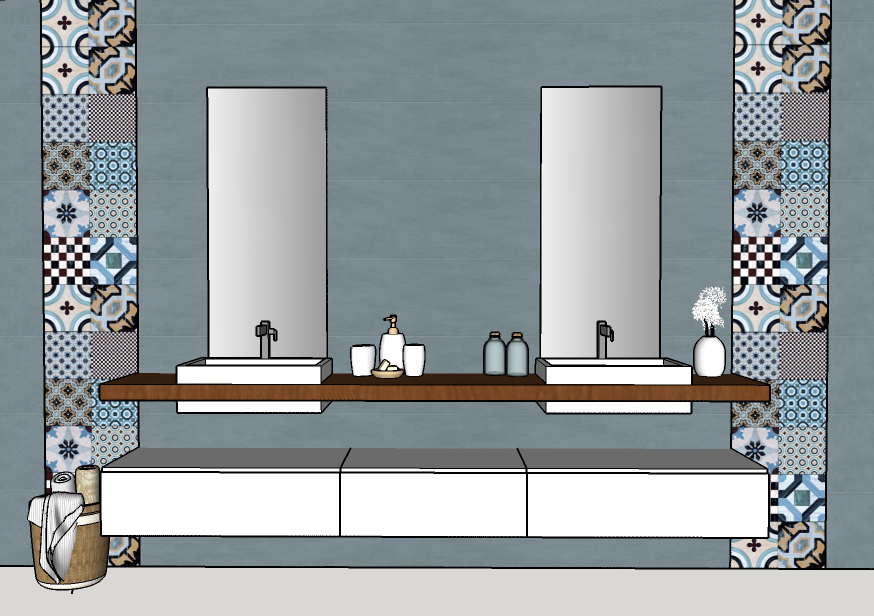 I love the symmetry of this elevation. It gives the space a neat and expensive feeling.

For the small bathroom we chose an industrial wall hung round mirror, with leather stripe: 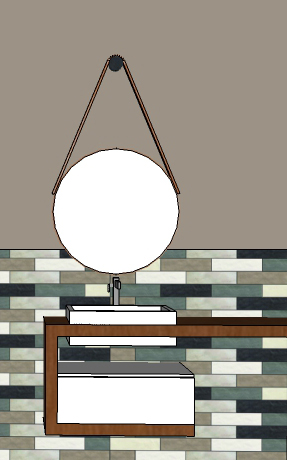 Luckily she loves black as much as me!

I admit that I was truly happy when Lu fell in love with the industrial shower doors below. She found them on the Pinterest board I made for her: 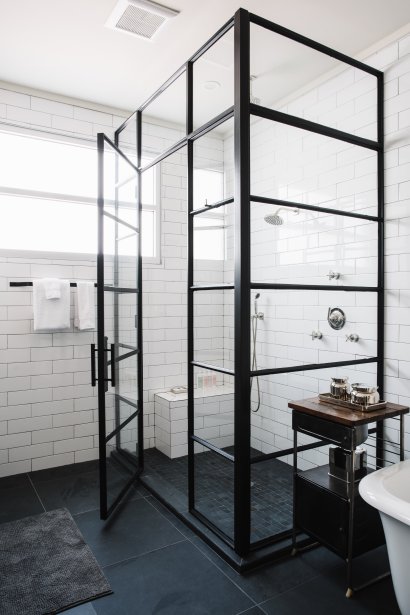 That was the starting point that allowed us to add some touches of black here and there in both bathrooms.
We couldn't resist these black taps by Bongio: 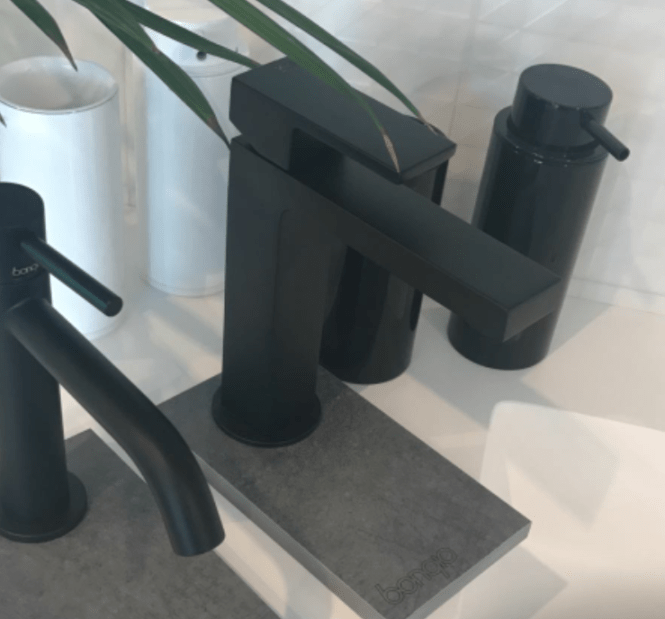 Choosing finishes was quite fun as it all happened on Whatsapp while Lu was in the showroom: she would text me pictures and I would comment. Sometimes the decision was immediate (as for the taps above) while some other times required a lot more texting. Luckily we managed to be very efficient so lots of decisions were made in a few hours :)

Ceramic tiles in the tones of the light blue and white were selected for the main bathroom; with the addition of stripes of patterned ones to give more interest to the walls (smart move in such a big room).

For the small bathroom, we went for terracotta and taupe tiles, which create a perfect balance of warmth and industrial. 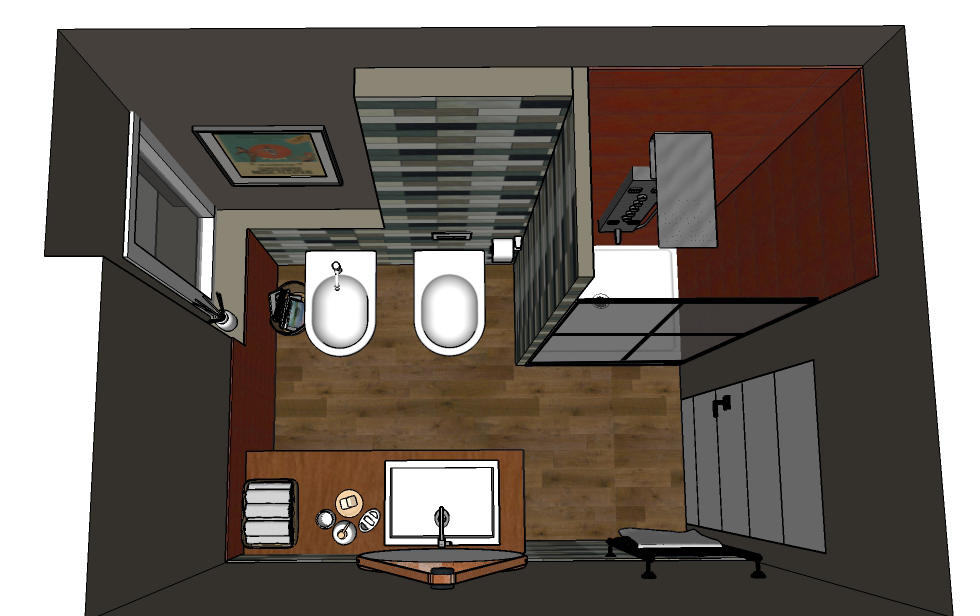 I'm really glad about this one. Despite being much smaller than the other, it doesn't look like a secondary toilet where no-one wants to go. It's got its own personality and even the cat litter is in a cosy space under the sink! 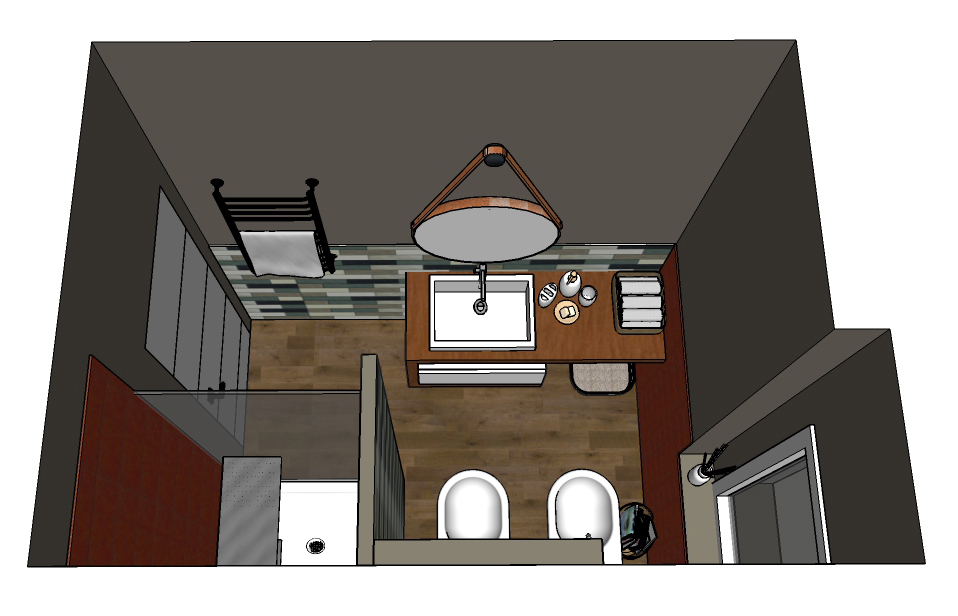 When it came to flooring, Lu told me that she wanted to use solid timber in the whole house including the bathrooms!

Now, this is doable but risky because it requires high maintenance. I did some research and I found a lot of useful info on this post by Joseph Lewitin on The Spruce which I recommend, in case you are considering doing it.

Still, it is an unpractical choice that may result in a waste of money. Eventually, Lu had to choose between two dark timber finishes: a very good one, which is also quite expensive, and a cheaper range which looked a bit too red.

I insisted on the expensive timber because the wrong floor may drastically affect the look of the space! After a lot of thinking and texting, Lu agreed to use the expensive floor in the whole house but the bathrooms. In there she will use wood effect porcelain tiles in a completely different colour (light grey) so that it creates a contrast with the dark timber.

Site works will start in September and we are looking forward to showing you the final result! I'll be in Bologna from the 21st to the 25th so I'll have the pleasure to go on-site and keep an eye on it. Stay tuned!

I am Martina, an Italian designer based in London. I spend most of my time designing interiors or writing about it. I also love travelling. You may find me walking around the East End of London, drinking coffee and stopping at every single bookshop I bump into.

No thoughts on “The next level e-service (how I designed a bathroom on whatsapp!)”